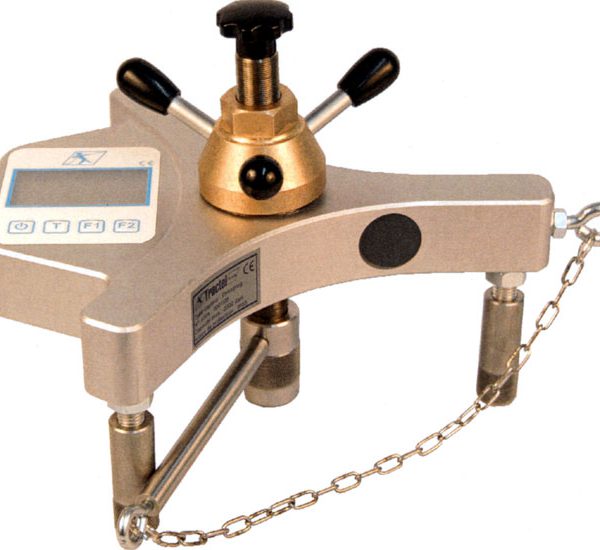 The sensor complies with the requirements and recommendations of Standard EN 795 Sec. 4.3.4 and No. A6 of Appendix A to the Standard.

The Dynaplug was developed for PPE ‘s (Personal Protection Equipment) testing of safety lifelines anchor points, but it can obviously be used in other application where the safety of the anchor points is critical. The Dynaplug conforms to the PPE norm EN 795 A and follows the procedures laid out in that norm.

By means of an appropriated socked, the Dynaplug is fixed at the anchor point. A traction force is applied with the hand wheel. The strain gauges integrated in the load cell measure this force applied.
The strain gauges signal is treated by the electronic and displayed on the LCD screen.